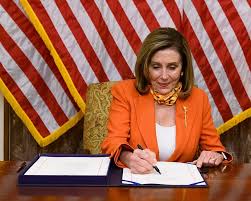 Republican cultural memes are galling. The GOP has made a national issue out of something that does not exist: teaching critical race theory in public schools.

Republicans claim to be on the side of the police and the military, but members of the MAGA cohort have regularly scorned Capitol and D.C. police officers who defended them on Jan. 6, smeared the military as “woke,” and even called the chairman of the Joint Chiefs of Staff, Gen. Mark A. Milley, a “pig" and “stupid.” Republicans claim to be “real” Americans but make traitors (e.g., Confederate generals, Ashli Babbitt) into martyrs.

Democrats cannot be afraid to make that case. Granted, Democrats do not want to get sucked into the debate about race, but if they neglect to respond to Republican demagoguery and descent into anti-American authoritarianism, they will lose and, worse, fail to defend the ideal of multiracial democracy. They must reset the culture wars on their own terms.

Republicans deployed the “family values” canard for decades to rail against issues such as same-sex marriage and abortion, casting Democrats as anti-family. (They still smear Democrats as “childless” left-wingers.) Democrats should flip the script. They should run on “democratic values,” casting Republicans (accurately) as the party that sides with violent thugs and traitors. Democrats defend the Constitution, which conservative “originalists” used to claim as their own, while Republicans support the man who sought to overturn the election (“just say the election was corrupt + leave the rest to me” he told the Justice Department, seeking pretext for his Jan. 6 gambit).

President Biden on Aug. 5 signed a bill to award congressional medals to Capitol police officers for “their service in defense of our democracy” on Jan. 6. (The Washington Post)

President Biden hit exactly the right note during a signing ceremony on Thursday for a bill honoring the police who defended the Capitol. “It was riot and mayhem. It was radical and chaotic. And it was unconstitutional,” Biden said of the Jan. 6 attack. “And maybe most important, it was fundamentally un-American — an existential threat and a test of whether our democracy could survive, whether it could overcome lies and overcome the fury of a few who were seeking to thwart the will of the many.” Democrats should hammer this home at every opportunity.

Democrats should not be shy about skewering opponents who peddled the “big lie” of a stolen election, voted to overturn the election or have made excuses for insurrectionists at the Capitol. Whose side was my opponent on? Why wouldn’t he/she vote to investigate the worst domestic terrorist attack in decades? Republicans have never been shy about challenging Democrats’ patriotism, and here Democrats actually have grounds to call out Republicans for refusing to both defend the Constitution and respect the votes of their own constituents. Democrats should also challenge their opponents to pledge to accept election results even if they lose and denounce any threat of violence to overturn the will of voters.

Aside from an empathic message of democratic values, Democrats should consider some policy proposals. They might suggest a “democracy corps” (akin to AmeriCorps) that pays young people to set up civics programs, teach media literacy, serve as poll workers and engage in other pro-democracy activities. Democrats running for state and local office should embrace proposals to mandate civics instruction in grades K-12. (And when right-wing hacks try to stop teaching about the Ku Klux Klan and the Rev. Martin Luther King Jr., Democrats should call them out as crackpots and white supremacists.) Democrats should strive to make Jan. 6 — as Sept. 11 has become — a day of national reflection in which the heroes of the day who defended democracy are lionized.

Democrats might not be comfortable engaging in the culture wars, but they can’t afford not to make a clear contrast between the parties. The Republicans are the immediate threat to our democracy, but the longer-term problem of civic illiteracy remains. If Democrats do not champion American democratic values, Republicans will continue to trample them.